I Finally Did It - MTBR in Colombia! 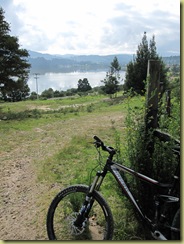 Well, we've been so busy here on Bogota  it took me almost 2 months to get in a good mountain biking ride. Sure I hit Bogota's Ciclovia the second day we were here but as fun as riding the empty Sunday streets of such a big city, it's not the same as bombing down the side of a mountain on some fresh single track.

I've lost track of how many bike shops and people I've asked for guided tours of the trails but didn't find anything until I walked into a bike shop in Paipa over Christmas. I was just finishing up a run but in my out of breathe and broken Spanish I was finally able to setup up a bike tour for a few days later... and boy was it worth the wait. Like most Colombian roads they don't mess around when it comes to going up or down.... and I was soon going to find out that their trails don't either.

After our warm up around the lake we started our climbed up to a set of communication tours that overlook the city.  The road, which was mostly primitive dirt climbed up the side of the hill through several Colombian finca's giving us excellent views and the lake and the other mountain ranges surrounding the town.  There were two climbs on the way up to the tower where I had to walk my bike, the altitude and the pitch were just too much for me.

Anytime the climbs make me walk and give me a view I'm having a fun time. But everything got even better once we reached the top of the towers.  Not only was the view breathtaking, not to mention the altitude, but when my guide, Miguel, pointed out the trial down the mountain I knew I was in for a whole new type of downhill experience.

You see when Miguel pointed out the trail he wasn't really pointing to a section of well maintained single track but rather a flattened section of the large grass field in front of us where previous riders had descended the mountain.  And like all paths I've experienced in Colombia they pointed their bikes straight down the hill and let it fly. I don't think I've ever been on a longer straight down hill decent. I think we screamed down that hill through trees and grass for almost a good mile before making our first turn.... which was only possible after jumping your bike off of a 2 foot bank onto an old cow path that began side hilling it's way down the mountain.... can you say 'pucker'.

Anyway, the ride was amazing and I was even able to get back there a week later and catch some smaller trails.  The pictures are all from the second ride. I'm itching to get back and ride some of the longer trails across the valley. 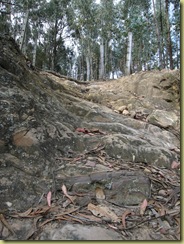 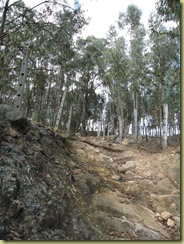 My guide Miguel has placed some YouTube videos of his rides on these trails, check them out at http://www.youtube.com/user/migvelTT 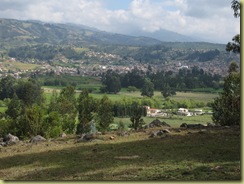 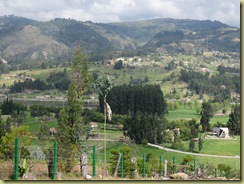 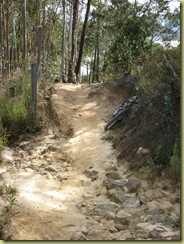 NICE! Thanks for the update...

you have received a blog award...check out quella persona